You are here: Home / Archives for showtime 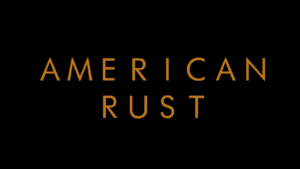 American Rust is a new Showtime original crime drama based on the novel by Philipp Meyer. American Rust stars Jeff Daniels as a police chief in a Pennsylvania Rust Belt town. The son of a woman he’s having an affair with is accused of murder, complicating the life of Daniels’s character. Fans Mare of Easttown END_OF_DOCUMENT_TOKEN_TO_BE_REPLACED