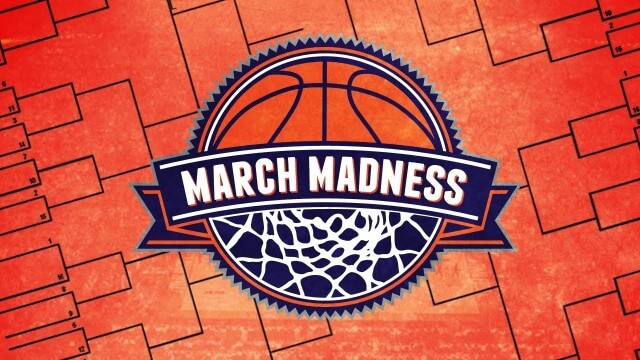 We are less than a week away from the start of the NCAA Men’s Basketball Tournament. “Selection Sunday” starting on March 17th. The First Round starts on March 21st. However, the first 4 teams square off on March 19th and 20th, ushering in what I consider the official start to March Madness.

The NCAA Tournament is one of those sporting events you can catch without paying a dime for cable or satellite TV. Nearly every game of the tournament is available through streaming or a TV antenna.

FuboTV is one of my favorites among Streaming services because it’s a startup specifically geared toward cord cutters. They offer TBS, TNT, TruTV nationwide and CBS is most local markets. You can check here to see which channels are available in your zip code.

FuboTV is supported by the following streaming devices:

Try A One Week Free Trial to FuboTV

If you aren’t in or close to one of these markets, you can still stream TBS, TNT, and TruTV while using a TV antenna to catch your local CBS broadcast. You can also check out our full review of FuboTV for more details.

If you aren’t in or close to one of these markets, you can still stream TBS, TNT, and TruTV while using a TV antenna to catch your local CBS broadcast. Also be sure to check out our full review of Hulu Live TV.

Hulu is supported on the following devices:

Other Ways to Stream March Madness

While Hulu is a great option cord cutters to watch March Madness there are some other options to try.

PlayStation Vue –  PS VUE also starts at $45 per month. It also offers all the cable TV channels you need with CBS being available in specific markets. They offer a 1-week free trial. Check out our review of PlayStation Vue for more information.

Sling TV and CBS All Access – Sling TV provides access to TBS, TNT, and TruTV. Live TBS and TNT is available through the base package, while TruTV is accessible through their “Lifestyle Package” for an additional $5 per month. The best think about the service is there is no contract, so you can drop it at any time. You can get their service free for 1-week. Since Sling TV doesn’t offer CBS, you can still catch those games with CBS All Access or by using a TV Antenna.

YouTube TV – This service from Google provides access to your local CBS, TBS, TNT, and TruTV for $49.99 per month. However, CBS isn’t available in all parts of the country. Check out my review of YouTube TV for information on availability.

DirecTV Now – DTV provides live access to TBS, TNT, and TruTV but they also provide live access to your local CBS affiliate in many parts of the country. You will find all these channels on their “Plus” package for $50 per month. Be sure to check out our full review of DIRECTV NOW for more information.

DIRECTV NOW is supported on the following devices:

The NCAA Men’s Basketball Tournament last three weeks, with the First Round of the starting on March 19th and wrapping up with the National Championship game on Monday, April 8th. This means you can take advantage of 1-week free trials from three of the services I mentioned above and watch the whole tournament for free. Just be sure to cancel each service before your free trial ends.

The NCAA does offer an app available on iOS, Android, Apple TV, Amazon Fire TVs, and Roku. However, the app requires a TV provider login. The app does accept streaming services as a valid provider, but there is a major drawback. The March Madness Live app won’t stream games airing on CBS live if you are using a TV connected device like Roku, Apple TV, Fire TV, etc. Consider the finals are on CBS, this is a major deal breaker for cord cutters.  I recommend just watching through your streaming service.

You can download the app below on various platforms.