You are here: Home / Internet Access / Cable TV Providers Use Congress Against Consumers 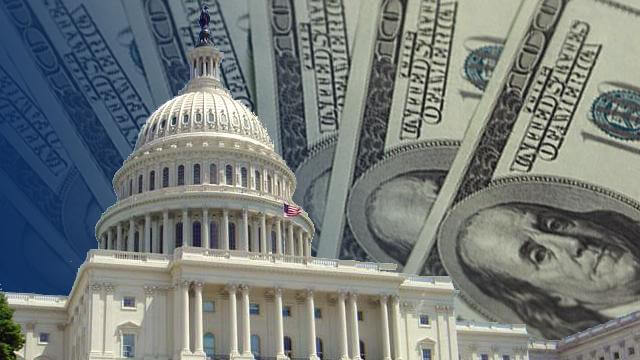 People aren’t canceling their cable subscription and streaming TV and movies out of spite for their cable provider (well some might be).   Consumers who rid themselves of  cable have a whole host of reasons for cutting the cord. Perhaps it’s to save money or they enjoy tinkering with a DIY entertainment solution.

However,  most people agree that when it comes to entertainment they want to be able to choose what they watch, and when they watch it.  Cable providers cloud viewer’s choices with massive packages offering hundreds of channels, all bundled together and unable to be separated.

The beauty of cutting the cord is you only pay for what you watch, when you want to watch it.  Cord-cutting solutions are streaming based, so programming can be viewed on the consumer’s schedule.


Isn’t it odd that a cable TV provider hasn’t stepped up, separated the channel bundles, and offered for consumers to purchase the exact channels they want to watch? Not only have cable TV providers neglected doing this, but have actively fought against it.

Recently, an amendment proposed by Jay Rockefeller (D-W.V.) and John Thune (R-S.D.) to the “Satellite Television Access and Viewer Rights Act” would have allowed cable and satellite customers to pick and choose, a la carte, the stations they wanted to purchase.

The proposed amendment was dropped from the legislation before it passed on Thursday. Daniel Kline, in a great piece he wrote for The Motley Fool, explains why.

Rockefeller acknowledged to The Hill that cable industry lobbyists “just went crazy” at the idea of a la carte pricing, and he pledged to bring it up again.

Cable providers balked at the opportunity to provide customers with more choices. To make matters worse, it appears congress will support them as long as the money keeps flowing in from lobbyists.  Kline went on to report that “The number of Americans who pay for cable or satellite services fell for the first time ever in 2013”, indicating people are tired of the games and dropping their cable subscriptions.

This isn’t the first time congress denied consumers a choice at the behest of cable TV providers.

Why Not A La Carte?

Of course, cable companies aren’t withholding choice from consumers out of contempt. Furthermore, neither is the U.S. congress.  Limiting consumer freedom is purely based on profit motive.  Currently the most expensive content is sports. Not every cable subscriber watches sports, or would pay for sports if they had the option.  The true cost of this programming makes it obvious why cable TV providers are lobbying congress to do their bidding.

The current cable TV business model has non-sports watching customers subsidizing the immensely more expensive entertainment of cable subscribing sports fans. On average a cable TV provider will spend a little over $30 a month to license content for each subscriber.  More than a 1/3 of that is sports programming.

With networks like Comedy Central and Bravo being so relatively inexpensive, it’s easy imagining non-sports fans putting together some vastly inexpensive a la carte plans.  This is precisely the reason cable TV providers have enlisted congress to keep this unfair antiquated business model alive.

What Can Consumers Do?

Sports are the last legitimate reason to still subscribe to cable television. When my family cut the cord and dropped our cable subscription last year, missing NFL and MLB games were my biggest concerns.

Once I learned I could enjoy watching my football team every Sunday with just an antenna, I was sold. My only compromise was catching baseball on the radio, which frankly is a much more enjoyable experience.

Congress and cable TV providers are rigging the system to keep this business model going. Consumers are spending obscene amounts of money for content that is much more affordable than they are led to believe. However, many consumers refuse to continue playing their game.

People are finding inexpensive ways to watch their favorite TV and movies.  Currently, there is enough content available via the internet to make cable obsolete. Every day more people realize they don’t need cable to enjoy all their favorite shows.  If congress won’t listen to your voice, you can send a message to your cable TV provider by dropping your subscription, and cutting the cord.

For a comprehensive guide on everything you need to know about enjoying all the TV and movies you want without a cable TV subscription, check out my cord cutters guide.