With Youtube TV available nationally, the service is sure to give Hulu Live TV, Sling TV, and PlayStation VUE a run for their money in the fight for most viable cable tv alternative.

YouTube TV offers nearly all your favorite pay TV networks. Subscribers will have access to channels like AMC, USA, Bravo, and much more. All you will need is stand-alone home internet service, and you can watch TV over your internet connection.

Furthermore, subscribers will have major broadcast networks (ABC, FOX, NBC, CBS, and CW) live through the service. While all these local networks are available, a few locations may offer certain networks “on-demand only.” This Google Help page outlines what to expect for each channel in a given area.

A single subscription can be used by six Google accounts, but will only provide three simultaneous streams. This comes with the benefit of hiding your viewing habits from others that share your subscription.

As previously stated, the service will provide live access to ABC, NBC, FOX, and CBS. The CW will also come with the service. However, the service really starts to shine when it comes to sports.

The image below shows all the channels available. However, some regional channels will only be available if you live in that market. 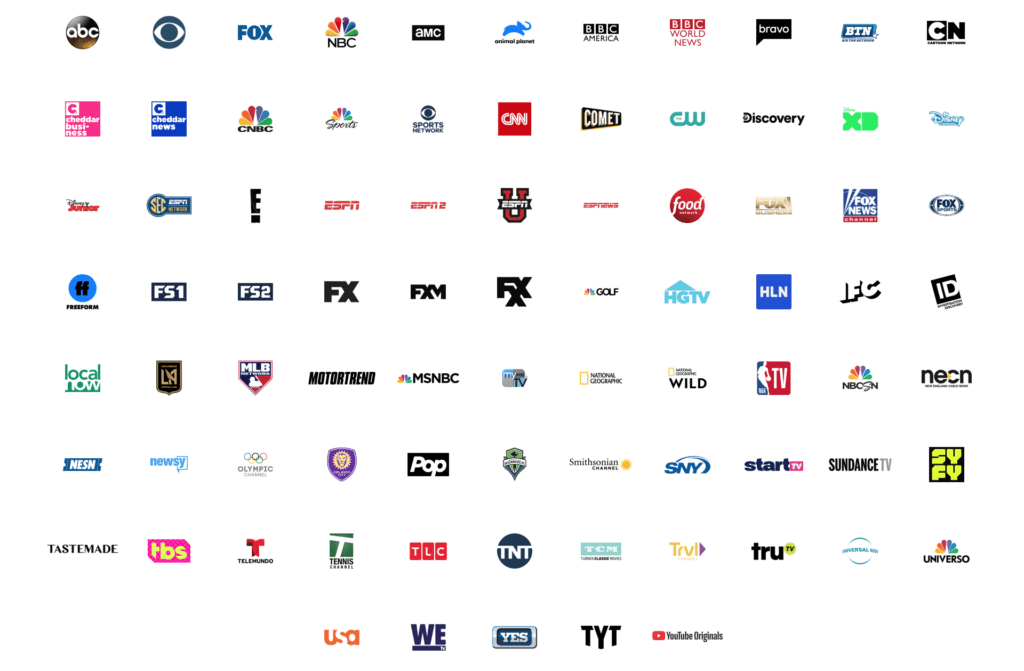 If you don’t see your favorite channel on the list, you can suggest YouTube TV add it using their channel request form.

The cost of YouTube TV’s base package is $49.99. There are also various add-on packages for premium and additional sports channels. The pricing for each is below.

On January 23rd, YouTube TV announced they were now available nationwide.  In addition to the traditional cable channels you get with YouTube TV, Google claims 90% of the country will have access to the big 4 broadcast networks as well (ABC, NBC, FOX, CBS.)

YouTube has already been delivering video over the internet for years, so I would expect YouTube TV to have quality at launch. However, Google will support users through text and voice chat over the YouTube TV app.

Subscribers will be able to watch three streams simultaneously. The service also includes a personal cloud-based DVR for each of the subscription’s 6 account profiles. In addition, the DVR provides unlimited storage and simultaneous recordings. Furthermore, your recordings are available for nine months.

Compared to Other Services