You are here: Home / TV / Streaming / How To Watch TV By Channel / How To Stream NBC Live and On-Demand

Learn how to stream NBC without needing cable or satellite TV. I cover all the ways you can watch and stream NBC in this article, so read on!

Best Way To Watch NBC Live Right Now: You can live-stream NBC right now with a 5-day free trial to DIRECTV STREAM, a 7-day free trial to FuboTV, or a free trial to YouTube TV. You can also watch NBC by signing up for Hulu Live TV. All work on Roku, Fire TV, Apple TV, iOS, Android, and more. There is no long-term commitment, so you won’t be charged for your first month if you cancel before the free trial expires.

You can watch NBC free using a TV Antenna. Generally, if you live in a city or the suburbs, you can watch NBC over the air using something as simple as this  $25 Flat TV antenna. This antenna offers a free return policy, so it’s no risk to test it out. If it doesn’t get the channels you want, you can return it for your money back.

You can see if NBC is available over the air using this FCC page. If the flat antenna doesn’t perform to your expectations, then check out the following instructional guides for more details on over-the-air TV.

How to Live-Stream NBC

If a TV antenna isn’t an option, you can also use other Live TV streaming services. The two best options are Hulu and YouTube TV. The following streaming services offer live NBC online. With these services, you can watch NBC live. You watch NBC shows as they air, just as if you had a cable subscription. I’ve broken down the availability of NBC live streams by giving the locations each streaming service provides live NBC.

Below, I will cover the streaming services that offer a live broadcast of NBC. Channels like NBC, CBS, FOX, and ABC are separated into 210 TV markets in the US. Each streaming service has to negotiate a deal with the station owners in each market to carry the channel.

To watch NBC, use the link in each section to subscribe to a service that offers NBC in your area, download the services streaming app to a streaming device like Roku, Amazon Fire TV, etc. and watch NBC through that services channel guide.

DIRECTV STREAM offers live NBC streaming in many markets. NBC is available through all DIRECTV STREAM plans. The most affordable is the “Entertainment” package for $74.99 a month, along with a ton of cable TV and other broadcast networks. You can check AT&T’s Website to allow you to make sure DIRECTV Stream is offered in your area. All DIRECTV STREAM plans include:

How Much:  $74.99 per month through its “Entertainment” package.

Hulu not only offers its on-demand service but live-streaming as well. They offer NBC along with other local networks and other channels found on cable TV. According to the data we have, live NBC is available everywhere in the US. However, be sure to check Hulu’s Website for the latest channels in your area on this page: Hulu Live TV Channels by Zip code.

Peacock is the over-the-top streaming service from NBCUniversal, with video-on-demand and streams your local NBC channel live. In addition to TV shows and movies from the NBC and Universal libraries, plenty of third-party content is available from Lionsgate, Starz, Warner Bros, A&E Networks, ViacomCBS, Paramount, Cinedigm, and more.

Peacock supports iPhone, iPad, iPod touch, Apple TV 4K, Apple TV HD, Xbox One S and Xbox One X, Android devices, Android TV, Chromecast, and Chromecast built-in. New episodes of the latest season become available within eight days of airing on NBC. You can learn more in our review of Peacock. You can sign up for Peacock on their website.

FuboTV has rapidly increased the number of locations where they stream the live local NBC network. Currently, FuboTV carries NBC in all major TV markets in the US.

You can check out a free trial to FuboTV here. Here are some of fuboTV’s features:

YouTube TV is another great option to watch NBC live. YouTube TV offers live NBC with its streaming service in all markets in the US. YouTube TV supports Android, iOS, Apple TV, Fire TV, Chromecast, and more. The YouTube TV app has also returned to Roku devices after settling a dispute between the two companies.

Check our review of YouTube TV for more details.

Sling TV offers NBC as a part of their Sling Blue package in the following markets:

You can check Sling TV’s promo page for new offers. They often have great deals for signing up.

Watch on the NBC App

You can download the NBC app on various devices to watch live and On-Demand NBC. Current episodes of NBC shows are available. However, a certain amount of time needs to pass before watching the latest episodes unless you subscribe to a TV-Provider that offers NBC. A “key” symbol identifies which episodes require you to link your participating TV provider account. However, locked episodes for most shows will become available to watch without signing into your participating TV provider account 8 days after the episode first airs on TV.

The NBC app accepts Hulu, YouTube TV, FuboTV, and DIRECTV STREAM as pay-TV providers credentials. Be aware that the NBC App will only stream live in participating markets.

If you are interested in watching NBC TV shows on-demand, I recommend looking at Hulu’s $7.99 per month streaming library or NBC’s Peacock streaming service. Both offer several current, and classic NBC shows on-demand.

If you do not subscribe to one of the streaming services that carry NBC, you can also download the NBC app to your Fire TV. This won’t be the same as having your local NBC channel, but you will at least have access to NBC TV shows.

If you do not subscribe to one of the streaming services that carry NBC, you can also download the NBC app to your Apple TV. This won’t be the same as having your local NBC channel, but you will at least have access to NBC TV shows.

Below are articles explaining how to watch upcoming and popular NBC shows. 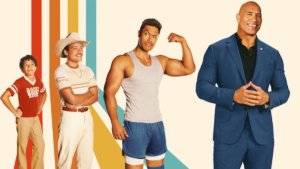 How To Watch Young Rock Episode 11 of season 3 of Young Rock, titled "Know Your Role", airs Friday, February 10 at 8:30 PM eastern time on NBC. In Young Rock, Fresh Off the Boat creator Nahnatchka Khan follows the life of Dwayne ‘The Rock’ Johnson in a coming-of-age sitcom, with three actors playing the wrestling superstar turned actor at [Continue Reading] 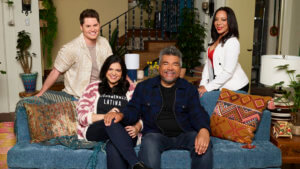 How to Watch Lopez vs. Lopez Episode 11 of season 1 of Lopez vs. Lopez, titled "Lopez vs Neighbors", airs Friday, February 10 at 8:00 PM eastern time on NBC. In Lopez vs Lopez, George Lopez stars with real-life daughter Mayan Lopez as a once-estranged father and daughter trying to reconnect and rebuild their relationship. The working-class family comedy also stars [Continue Reading] 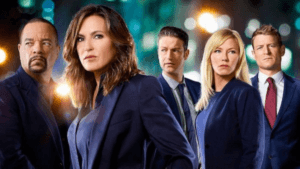 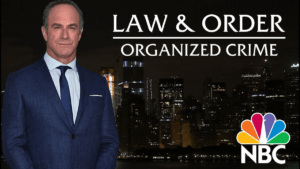 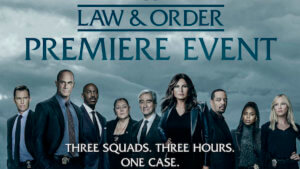 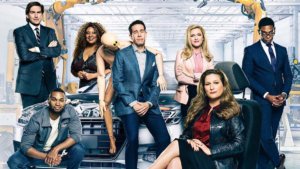 How to Watch American Auto Episode 3 of season 2 of American Auto, titled "Celebrity", airs Tuesday, February 7 at 8:30 PM eastern time on NBC. American Auto, a workplace comedy set in the fictional Payne Motors in Detroit. Corporate executives face a cultural crossroads where they must adapt to changing times or shut down. The CEO, Katherine Hastings (Ana [Continue Reading] 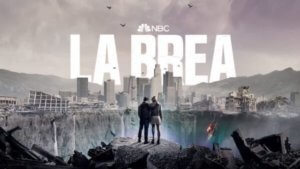 How to Watch La Brea Episode 10 of season 2 of La Brea, titled "The Return", airs Tuesday, February 14 at 9:00 PM eastern time on NBC. La Brea follows a family split in two when a giant sinkhole opens in the middle of Los Angeles, pulling down hundreds of people. Those sucked down find themselves banding together for survival [Continue Reading] 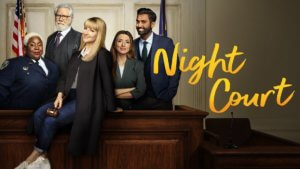 How to Watch the New Night Court Episode 5 of season 1 of Night Court, titled "The Apartment", airs Tuesday, February 7 at 8:00 PM eastern time on NBC. Court is back in session in Night Court, a revival of the popular 1980s-90s sitcom. Judge Abby Stone (Melissa Rauch), daughter of the late Harry Stone, is an unapologetic optimist and has chosen [Continue Reading] 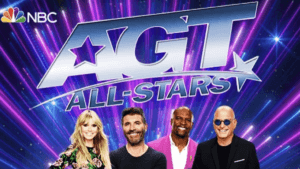 How to Watch Quantum Leap Episode 12 of season 1 of Quantum Leap, titled "Let Them Play", airs Monday, February 6 at 10:00 PM eastern time on NBC. Thirty years after the original time-jumper Dr. Sam Beckett ended his run, Quantum Leap is back in a new reboot. A new Quantum Leap accelerator team has been assembled to restart the [Continue Reading]