Google Chromecast is unique compared to similar streaming devices such as Roku, Apple TV and Amazon Fire TV.  Unlike its competitors, Google Chromecast does not contain a user interface (Chromecast with Google TV does). Instead, it allows users to push video content from compatible smartphones, tablets, and laptops.

Therefore, to make use of Google Chromecast, the following are needed:

And any of the following devices:

After supplying power, set the television’s input to Google Chromecast’s HMDI port. If Chromecast is properly installed, the television will display a setup screen. To complete the setup, an app installed on a smartphone, tablet or computer is required.

Google Chromecast is nearly invisible to the user.  Streaming with Chromecast feels as though you’ve linked a smart device to the television. To watch video from a “cast” ready app, simply push the cast button (pictured below) from within the app. 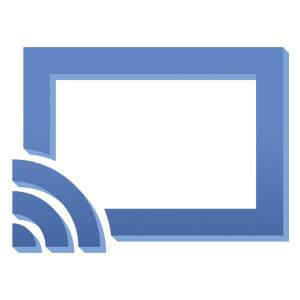 Chromecast users can also stream from a PC or Laptop as well.  Whether using Windows, Mac, or Chromebook, simply add the Google Cast extension to your Chrome web browser. The cast button will now appear on your browser, allowing video on your browser to play on your television.

Google discontinued selling the Chromecast Ultra on September 30, 2020. You may want to look at the newly released Google Chromecast with Google TV.

Also remember that Chromecast lacks a user interface, relying on a smart device for control.  This is different from other streaming devices currently available.  On the other hand, if you are a techy that enjoys tinkering, Chromecast may be what you are looking for in a streaming device as there are numerous unsupported ways to extend the functionality of the device.

Google Chromecast performs its function well. If you require a more centralized feel with a native User Interface, I would recommend a Roku.  However, if that can be overlooked, Chromecast is a great value and flexible compared to similar devices.

If interested, you can purchase either Google Chromecast device here.