You don’t need a cable TV subscription to watch TBS. You can watch TBS shows, basketball, and baseball as they air on TV. All you need is a streaming device like a Roku, Amazon Fire TV, or a Smart TV, and one of the following live TV streaming services that carry TBS: Sling TV, Hulu Live TV, DIRECTV STREAM, or YouTube TV.

Want A Quick Answer: Sling TV is the cheapest way to stream TBS but isn’t an excellent solution for streaming local channels. DIRECTV STREAM, Hulu Live TV, and YouTube TV provide TBS are closer to what one would expect from a cable TV package but are more expensive than Sling TV. If you want to see how streaming TBS works you can do so without risk by trying one of the services that carry TBS in their lineup and offer a free trial like:

There are quite a few streaming services that offer TBS in their channel lineup. I go into details on those services below

You can watch TBS on Sling TV through its “Blue” or “Orange” package for $40. You can sign up to try their service and cancel any time as there are no contracts or long-term commitments. I recommend the Blue plan because you get more channels overall and you can stream on 3 devices at once, as opposed to the Orange package which only allows you to stream on one device at a time. However, if you want ESPN channels, then you will need to get the Orange package. For just $50 per month, you can get both plans combined if it’s hard to decide between the two plans. Sling TV also offers on-demand when available from a network, includes 50 hours of cloud DVR storage, and you can cancel at any time. Read on to learn more or check out this detailed review of Sling TV.

Sling Blue Price: The service costs $40 per month. Currently the first month is 50% off (Sign up).

Sling Blue Devices: Sling TV is available on Roku, Amazon Fire TV, Chromecast, and more, so it's not a problem to watch Sling TV on a TV, tablet, computer, or other smart devices. Sling's Blue Plan allows you to stream on up to 3 devices at once.

Sling Orange Price: The service costs $40 per month. Currently the first month is 50% off (Sign up).

Sling Orange Devices: Sling TV is available on Roku, Amazon Fire TV, Chromecast, and more, so it's not a problem to watch Sling TV on a TV, tablet, computer, or other smart devices. Sling's Blue Plan allows you to stream on up to 3 devices at once.

Get Both Plans: You can get both Sling TV channel packages for $55 per month. Any channel that’s available in Sling Blue can stream on three devices at the same time. However, channels exclusive to Sling Orange can only stream on one device at a time. The first month is 50% off.

DIRECTV STREAM is another way you can watch the TBS. Channel packages with TBS start at $74.99 per month after a 5-day free trial. All DIRECTV STREAM plans come with unlimited DVR storage as long as the content is watched within 9 months. Recordings are automatically deleted after 9 months. You can also access on-demand through the TBS app and other channel apps using your DIRECTV STREAM credentials. I cover their “Entertainment” channel plan below since it’s the most affordable way to watch TBS on DIRECTV STREAM. You can learn about all the channel plans they offer in my full review of DIRECTV STREAM.

Price: The service includes Disney+ and ESPN+ with unlimited DVR storage for $69.99/month. (Sign up).

Device Support: Hulu Live TV is supported on Apple iPhone and iPad, Android phones and tablets, Fire TV, Apple TV, Roku, Chromecast, and more. You can watch on two devices at once. However, you can upgrade to unlimited devices for just $9.99 monthly

YouTube TV also offers TBS streaming and limitless storage space for recording your shows. Stream your library of recorded shows from anywhere. YouTube TV costs $64.99 after a free trial. YouTube TV includes a personal cloud-based DVR for each of the subscription’s six account profiles. In addition, the DVR provides unlimited storage and simultaneous recordings. Furthermore, your recordings are available for nine months.

Most of the streaming services that carry TBS offer a free trial. You can take advantage of those and watch free TBS for almost a month or longer if you use different email addresses. Let’s look at the free trials available.

As long as you cancel before the free trial expires, you won’t be charged. You can cycle the free trials to get nearly a month of TBS free. If you get creative with email addresses and payment methods, you could watch free TBS even longer. Doing this would also let you test out the various live TV streaming services to see which one you like the best.

To watch TBS on Fire TV, follow these instructions.

To watch TBS on Apple TV, follow these instructions.

Watch with the TBS App

You can also use the TBS app to watch TV and movies on TBS on-demand and even watch TBS live. In order to stream TBS through the TBS app, you have to enter your TV provider credentials. Most think you need a cable provider login to utilize the TBS app, but that isn’t the case. Currently, Hulu Live TV, YouTube TV, and DIRECTV STREAM accounts will work to unlock the TBS app.

You can even download the TBS app on your Roku, Apple TV, or Amazon Fire TV and watch on your television using your Hulu Live TV, YouTube TV, or DIRECTV STREAM credentials. There are detailed instructions in the next section on installing and activating the TBS app on your streaming device.

How To Watch on Your Device

For our example, let’s assume we have a Hulu Live subscription and a Roku. We can follow the steps below to get the TBS app working on our device. While the steps below use Hulu Live TV and Roku to watch TBS, most streaming services and devices will have the same process.

The TBS App is supported on all of the following streaming devices:

Below are upcoming and popular shows airing on TBS. 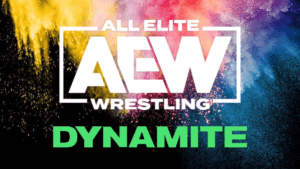 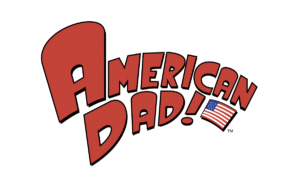 How To Watch American Dad! American Dad! focuses on the antics of the eccentric upper middle-class Smith family and their four housemates. This article explains how to watch the latest season and every episode from past seasons of the hit Seth MacFarlane, even if you don’t have cable. When American Dad! airs: American Dad! airs on Mondays at 10 p.m. ET [Continue Reading]

How to Watch the Series Chad Chad is about a young Persian teenager trying to fit in during high school as he uses every skill he has to befriend the cool kids. Meanwhile, he is coping with his mother’s dating life and reconciling his cultural identity. Moving into season two, Chad faces a scandal that may end his student presidency, a [Continue Reading] 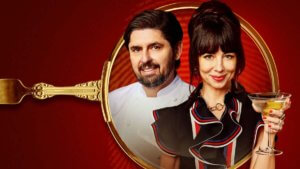 Rat in the Kitchen Rat in the Kitchen is a reality competition program where a mix of home cooks and professional chefs face off in a series of cooking challenges to earn cash prizes. But the catch is they are also trying to uncover a mole among them, attempting to sabotage their dishes. Read on for how to watch [Continue Reading]