Home » Other Technology » The Internet of Things – What is it? 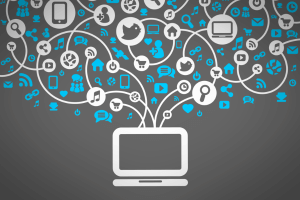 Due to my line of work I have the privilege of going to the Gartner Enterprise Architects Summit every year. It’s a conference where a big chunk of time is dedicated to emerging technologies that could impact our lives or businesses. The topic that repeatedly came up was how the Internet of Things is going to be the next big frontier in technology. Very similar to how the World Wide Web changed the way humans conduct business in the 90’s, many analysts were predicting that this concept would be game-changing.

What is the Internet of Things?

The Internet of things is simply the idea that pretty much everything on the planet will in some way interface through the internet. Now to a large extent, this is already happening. With our mobile devices we can, for the most part, transmit any information we want over the internet.

The Internet has given us the ability to collect, catalog, and share information in quantities that were unimaginable before its existence. A majority of that information was collected due to a human recording and entering it into some sort of computing device. Big breakthroughs in chip making and communication infrastructure have allowed us to build extremely small sensors and chips.

That will allow us to put devices on a network we’ve never even considered before. Those devices will allow information to be collected and communicated without direct human input. A current example of this is Fitbit. Fitbit is a brilliantly simple wearable activity tracker that logs data about your day’s activities and uploads them to your online profile. You can set goals and FitBit will track them and let you know if you are meeting them. All this data is collected and managed while you simply carry on with your normal day. This technology is the tip of the iceberg of what’s possible with the concept of the Internet of Things.

Current Innovations with the Internet of Things

Tesla is an innovative car company that makes electric cars. Last year there were at least 2 incidents where a Tesla Model S was driving over a metal object at high speeds, which punctured the battery on the underside of the car and caused a fire. Cars made by Tesla can be networked and have the ability to receive software updates. After investigating the cause of the fires they released a software update to increase the ground clearance when the velocity of the car goes above certain speeds.

They solved the issue without anyone going to the shop,  or even lifting a wrench. This isn’t the only time that Tesla has used to the Internet of Things to improve their cars. The National Highway Traffic Safety Administration issued a recall for Tesla after it was discovered that their charger plugs could cause a fire.

Instead of Tesla Owners taking their car into the shop, Tesla wrote and deployed a software update to reduce the electric current if unexpected power fluctuations were detected. The plugs are now free of fire concerns and they set a precedent on how a company can deal with a safety recall.

It’s not just companies,  but the public sector is getting involved as well. The town of Milton Keynes in the United Kingdom is installing a public network for the Internet of Things. In the town, digital sensors in the parking spaces will signal when a parking space is full or empty. This data will be overlaid on Google maps to show where the bulk of parking is available.

Mobile apps can be built to tell you exactly where to park. I also predict it won’t be too long before you can tell your GPS to take you to your best chance to park near your destination.  The town will also experiment with putting sensors in trash bins so public maintenance workers know when they need to be emptied.  This town will be a great case study on public efficiency that may be realized from the Internet of Things.

The future of the Internet of Things

There are many other innovations taking place right now, from sensors in helmets to assess head injuries to the countless sensors and applications you can get to join the “Quantified Self” movement.   We will soon see a synergy between a lot of the separate innovations occurring within the Internet of Things.

Take for instance Google’s driver-less car and imagine the capabilities when pairing it with smart parking sensors in the town of Milton Keynes.  It’s not far-fetched to imagine your driver-less car being parked at a meter or in a parking garage and see a number of non-metered parking spots open on its parking app. Your car then moves itself to the free spots and sends you a text bragging about the money it’s saving you.

For those serious about quantified self and wanting to change the way they live, I don’t think we are far way from a time where you can set your FitBit to question why your TV has been on for 30 minutes when you still have 3000 steps to meet your goal that day. These opportunities for innovation are not only available to big companies but with the ease one can develop a mobile app every individual has the chance of staking a claim in the Internet of Things.

Huggies even shoved sensors in diapers so you get a tweet when your babies wet.  Yes I understand that is ridiculous, but imagine taking that idea and putting in a nursing home to guarantee your love ones are being cared for.  This is something anyone could have easily built a prototype for in their own home.  As sensors become cheaper, more and more information can be easily gathered and made available.  That information can be used to feed functionality to countless new apps with untold functionality.  This will create many profitable opportunities for those wise to the Internet of Things.

Our Most Popular Articles