You are here: Home / Internet Access / VPNs / We No Longer Recommend NordVPN

UPDATE ALERT (10/29/19): We are no longer recommending NordVPN due to a breach of trust. NordVPN recently reported (October of 2019) they were hacked in March of 2018. While the hack was resolved later that year, they didn’t make this public until over a year later. For this reason, we cannot recommend our readers use this VPN, even though they were previously our top recommended VPN. Please see our explainer on VPNs for other options.

Below is our original review before this news broke.

I’ve been getting many questions about using a Virtual Private Network or VPN when watching video online. Today, I’m going to explain why we recommend NordVPN for tasks like:

Be forewarned that while torrenting is technically legal, downloading and distributing copyrighted material is not. This is similar to the rationale I explained in my article titled: Is It Illegal to JailBreak a FireStick.

What NordVPN Can Do

There are many reasons to have a VPN. However, the top reason is typically one of the following:

NordVPN does all of these exceptionally well by providing  the following features:

Another reason I recommend NordVPN is ease of use. Once you sign up, it’s merely a matter of signing up for the service, downloading the NordVPN to your device and turning on the VPN.

Once you sign up, you will receive an email on how to download your NordVPN client. After that, it’s simply a matter of starting the client, logging in, and clicking a button to turn on your VPN.

Sports like football and baseball typically won’t allow you to stream games if the team you want to watch is outside your local market. You can get  around that by using a VPN and joining a virtual network in another region of the world. This gives you an IP address from a different region and allows you to watch games available to people in that region. I explain how to use NordVPN to beat blackouts in my article on how to  watch the NFL without cable.

This also works for watching streaming services like Netflix in other countries. Simply connect to a NordVPN server in the United States, United Kingdom, Canada, Japan, France, Germany, or Italy and view the content in that country.

As I explained in my article why you should use a VPN, there are many considerations to account for when deciding on a VPN. Below are the major considerations when choosing a VPN to use for torrenting and how NordVPN meets those requirements.

Many ISPs, DNS servers, and corporations have taken measures to disallow torrent connections on their networks.  Before you can even think about the security and anonymity questions surrounding torrenting, you need the ability to make a peer to peer torrent connection.

Not only does NordVPN allows P2P connections on their network, but they have specific VPN servers optimized for P2P torrent connections all over the world.

To find the servers optimized for torrenting is simple. First, open up the available server list from your NordVPN client. 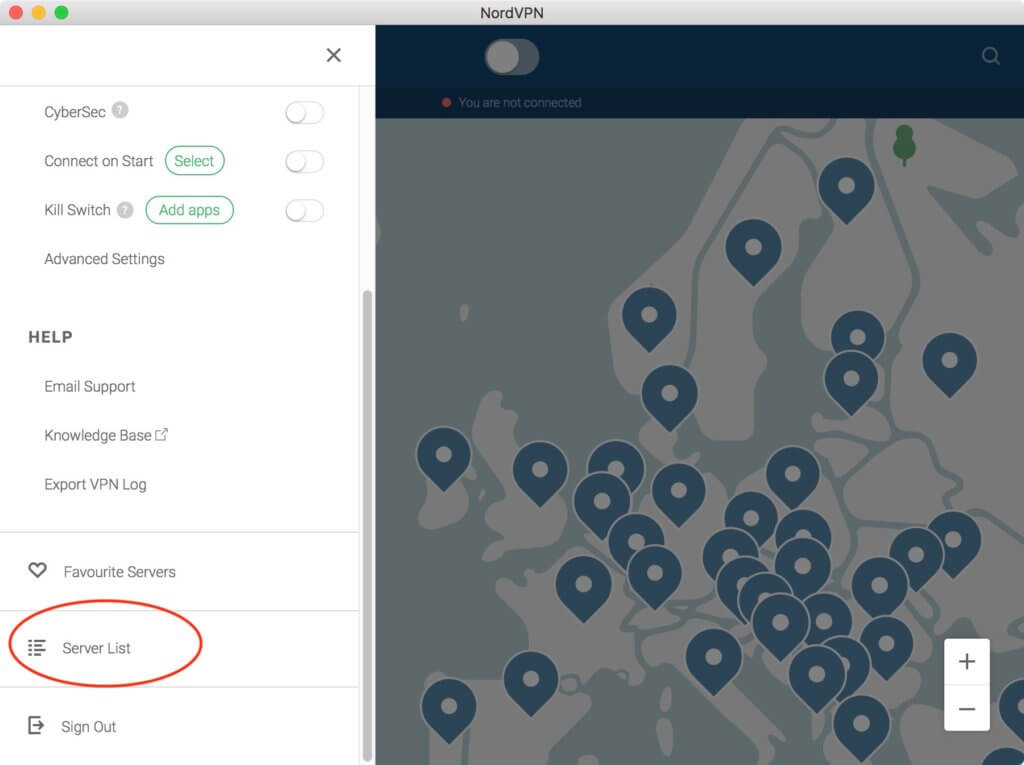 Next, filter on P2P to get a listing of the best P2P VPN servers. Below shows UK server, but there are plenty available all over the world once you scroll down. It has one of the largest set of VPN services optimized for torrenting in the U.S.

A VPN using a technique called IP Tunneling to make your computer or device part of another network through the internet. In doing so, your true IP address is hidden and replaced with an IP address of the VPN you’ve joined. NordVPN not only accomplishes this but has a strict no-logging policy. This means none of your internet traffic will be monitored or logged at any time.

When on public Wifi you definitely want to have a VPN active. NordVPN essentially hides you on public Wifi by insulating your connection using top of line encryption and protocols. It also comes with a set of tools to ensure that your identity is hidden when online.

Not only is your true IP address hidden, but your data is encrypted and secure. Not even your ISP can see what you are doing. They will just see a bunch of indecipherable gibberish transmitted back and forth.

While all the benefits of a VPN can keep your identity hidden, people do make mistakes. Majority of the time a person’s anonymity is compromised because of the VPN not being turned on, or the VPN connection dropping while online.

NordVPN offers two great options to avoid these issues. First, they allow you to configure NordVPN to start on boot. Next, they allow you to set a kill switch that closes applications  (like your torrenting client) to shut down as soon as the VPN connection is lost.

In addition, NordVPN also provides the ability to use a double VPN. This allows your first VPN connection to connect to another VPN server providing encryption and an IP address twice removed from your actual IP address. This adds the following additional benefits.

Double VPN servers can be found by filtering on “double VPN” as I explained above in the section on finding P2P optimized VPN servers for torrenting.