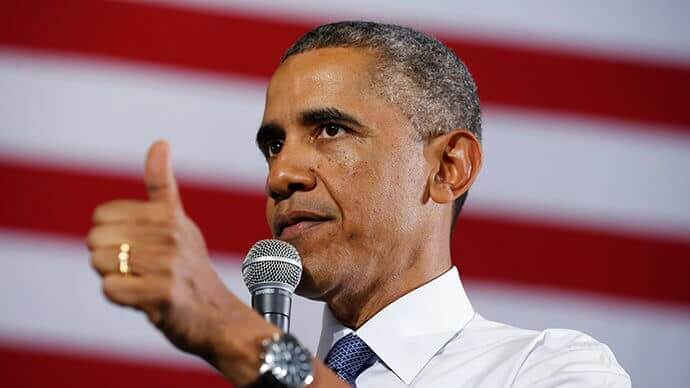 In a statement released today by the White House, President Obama clearly states:

We cannot allow Internet service providers (ISPs) to restrict the best access or to pick winners and losers in the online marketplace for services and ideas. That is why today, I am asking the Federal Communications Commission (FCC) to answer the call of almost 4 million public comments, and implement the strongest possible rules to protect net neutrality.

The President has always voiced his support for a “free and open Internet”, but this statement goes further as it request that the FCC “to answer the call of almost 4 million public comments, and implement the strongest possible rules to protect net neutrality.”

The last rule is especially important in light of the “hybrid plan” being considered by the FCC.  The specific word of The President is as follows:

No paid prioritization. Simply put: No service should be stuck in a “slow lane” because it does not pay a fee. That kind of gatekeeping would undermine the level playing field essential to the Internet’s growth. So, as I have before, I am asking for an explicit ban on paid prioritization and any other restriction that has a similar effect.

This wording appears to be against the “hybrid” plan, which would still allow “fast lanes” when “just and reasonable”. The President clearly states that no service should be in a “slow lane” due to pricing. This view is obviously at odds with a hybrid plan that would permit fees for faster access.

The President goes further in stating his belief that consumer broadband should be reclassified under Title II of the Telecommunications Act, thus giving ISPs a Common Carrier designation.

This would allow the FCC to enact rules similar to the ones proposed by The President, while giving them the power to forbear Title II rules that obviously do not apply to ISPs and aren’t in keeping with the public good.

Today’s announcement from President Obama and the proposal from FCC Chairman Wheelers to redefine Multichannel Video Programming Distributers indicate that big change may be on the horizon.

Hopefully, these principles laid out by The President will be enacted, and the cable TV provider monopoly on internet access will soon come to an end.