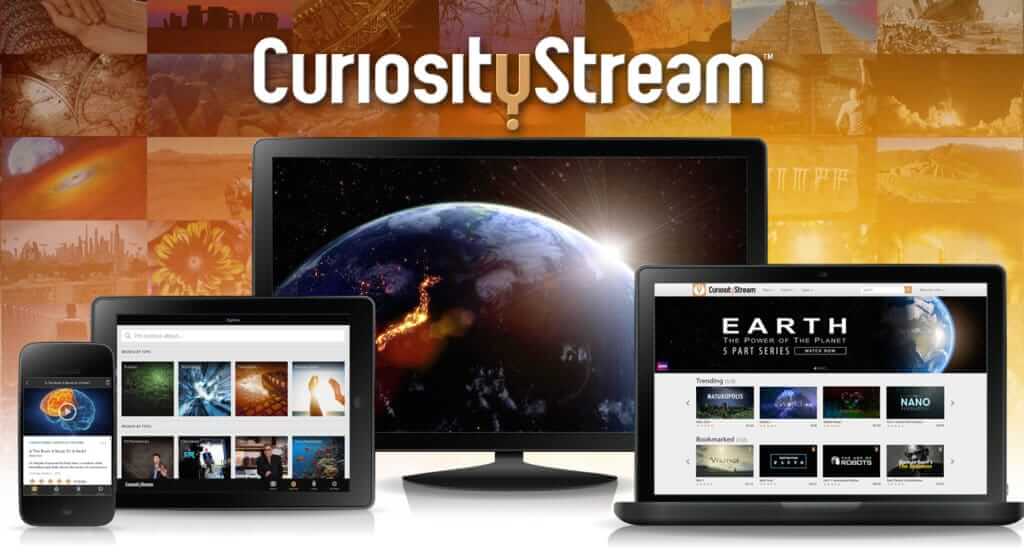 Remember when you could turn on Discovery, The Learning Channel, or the History Channel and actually learn something? Those days on cable TV are long gone. The documentary TV networks of old have heavily invested in cookie cutter reality and entertainment-based programming. However, there is a documentary online streaming service that will satiate those with a hunger for knowledge.

CuriosityStream is an ad-free online documentary channel that features exclusive non-fiction documentaries and series about science, technology, history, and nature. It’s directed at those with a desire to learn or know about anything.

It’s been called the “Netflix of Documentaries.” The service provides over 1000 documentaries featuring experts including Stephen Hawking, David Attenborough, John Silva, and more.

CuriosityStream is free to try for 1 week, so there is no risk in trying out the service. After the free trial, it’s only $2.99 per month to subscribe to their standard definition service. If you prefer high-quality video, the high definition and UHD 4K video subscriptions are $5.99 and $11.99 per month. While you can opt for a no-contract subscription, signing up annually will provide a bit of a discount (currently about 16% off). You can also sign-up for CuriosityStream through Sling TV!

CuriosityStream is built for those that miss how Discovery and History channel used to be. It’s a streaming service for those that love documentaries. Here is a list of the type content you see

The following devices are currently supported to stream documentaries via CuriosityStream.

CuriosityStream fills a very underserved niche in regard to the ability to watch documentaries online. The quality of service is top notch. I was pleased with the apps responsiveness and load times.  There was no noticeable buffering. However, I opted for the $2.99 SD stream. With the ability to try the service free for 1 week, there is little risk in signing up and giving the service a try.