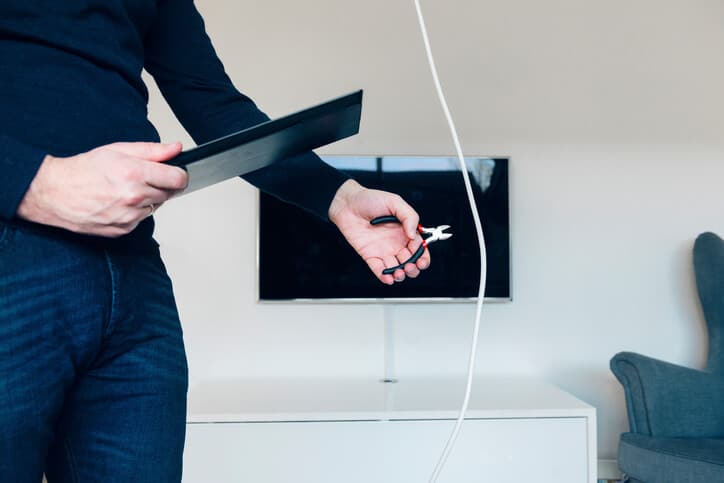 Recently, there has been a surge in articles online spreading the myth that cord cutting isn’t really happening. For example, we recently highlighted Christine Wang’s piece for CNBC on a recent podcast episode. In the article she states:

Despite legacy media’s anxieties about cord-cutting, data suggests that the phenomenon isn’t nearly as significant as cable providers make it out to be.

On the podcast I mentioned that I contacted the company that put together this “data” mentioned in the article. You won’t be surprised to know, I didn’t find much evidence backing their claim. However, I did find other data in previous studies the company did that completely debunked their current claim.

Then there was this other article in USA Today claiming that cutting the cord costs as much as cable TV. Of course, the writer assumes you have to buy every cord cutting service on the market to make his point.

Of course, these stories are patently false. If you really want to know how people are watching TV shows, Nielsen releases quarterly reports that explain just that. Their data show viewers not only dropping Pay TV like a bad habit, but households without pay TV have nearly doubled in four years.

To disprove this dumpster fire of journalism, I compiled Nielsen data from 2012-2016. This information is found in their Total Audience Report and Cross Platform Reports.  I compiled the data in the table below.

This data highlights a problem on two fronts for pay TV. First, they have lost over 3.6 million customers since 2012. Those are people that dropped cable and satellite TV. The other major problem for the industry is they’re not gaining customer in new households either.

The number of households have increased by almost 5 million since the end of 2012. Considering the pay TV industry lost 3.6 million households over that same period, it looks like many young families see no value in pay TV. This is further highlighted by the increase in non pay TV households by 8.4 million.

Don’t buy into the media narrative that cord cutting is a myth. Not only have non pay TV households increased by 67.46 over the past 4 years, but 3.6 million ditched their pay TV subscriptions. It looks like some in the media are calling this all wrong. The Nielsen data clearly shows the pay TV industry is loosing a two front war.