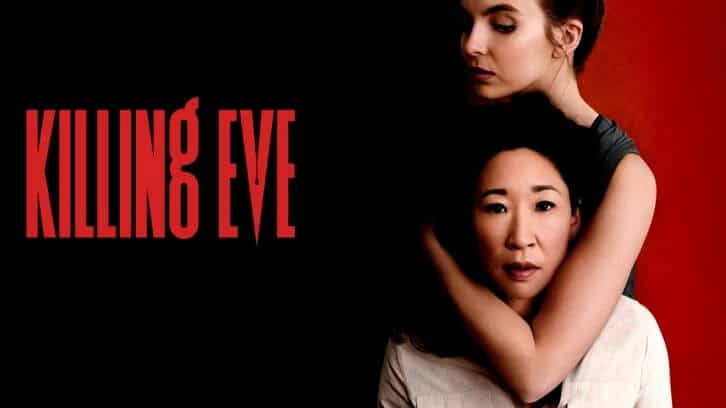 Season 3 of the award-winning Killing Eve premiers this Sunday, April 12th, 2020 at 9 pm EST. All eight new episodes will be simulcast on BBC AMERICA and AMC

The show stars Sandra Oh, as a British MI5 officer tracking an assassin that’s a bit of a psychopath, played by Jodie Comer.  Ultimately, each become obsessed with each other making for a fascinating take on the cat and mouse genre.

However, I don’t feel right pigeonholing the show into a genre. It simply breaks too many conventions. It continually surprises, and what you would expect to happen rarely ever does. The show manages to be both hilarious and gruesome at times, and yet the flow feels oddly comfortable.

When the first show aired, it pulled it roughly 500,000 viewers an episode. However, now that the word out, viewership is in the millions per episode. It’s currently been rated 94% fresh on Rotten Tomatoes. It’s one of my top shows from 2020.

In this article, I’ll cover all the ways to watch Killing Eve without cable.

Where to Watch Season 3 of Killing Eve

The first episode of the new season of Killing Eve airs Sunday, April 12th on AMC and BBC America. The most affordable way to watch Killing Eve Live online is to sign up for a free trial to Philo. Philo offers BBC America, AMC, and ton of other favorite cable channels for just $20 per month.

Philo works on Apple TV, Amazon Fire TV, Roku, web, iOS, Android and Android Chrome. They also include a cloud DVR, so you can record the new season and watch whenever you like. For information on all the channels Philo provides and other details, check out our full review of Philo.

While Philo is the most affordable, other services that carry BBC America, and AMC. Currently, you can watch  through Sling TV, Fubo TV, and YouTube TV. Each of those services supports similar devices to Philo, but at a slightly higher price.

Some may prefer using The BBC America App to watch the new season. It is available on multiple streaming platforms like Roku, Amazon Fire TV, iOS, Android, and more. However, you need to log in with a TV provider to use the app and watch the next season of Killing Eve Online. Luckily, the streaming service Philo is a valid service that only costs $20 per month and provides access to several cable TV channels.

Your login credentials for Sling TV, YouTube TV, and  Fubo TV will also work with the BBC America app.

AMC is currently streaming the current season of Killing Eve, once the episode airs live. It usually shows up within 24 hours of airing.

Season 2 of Killing Eve just dropped on Hulu this week. It’s available to subscribers of Hulu’s on-demand library. You can binge watch the whole season using this 1-month free trial. After the free trial, the normal price is $5.99 per month. This plan includes “limited commercials.” The other option costs subscribers $11.99 per month and provides users with an “ad-free” experience. For more details check out our Hulu review.

Purchase the Show From Amazon

Your other option is to purchase the first two seasons through Amazon.  If you are buying the show in SD, the entire season is only $13.99. If you would like to watch in HD, the cost is $19.99. If you only watch a handful of cable shows a year, Amazon is a great option. Even if you watch ten shows a year the monthly cost is going to be much cheaper than having a cable TV or satellite subscription.