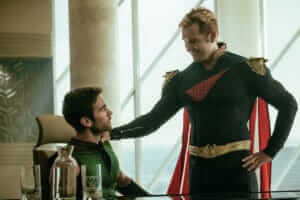 With great power comes great responsibility, yes. But what happens when corruption and greed overshadow responsibility and the powerful are allowed to run amuck? Such is the question raised in The Boys, a gritty and irreverent black comedy about superheroes out of control and the team trying to stop them, landing on Amazon Prime July […]

In 1994, the romantic comedy that would be the hallmark and launching pad of more than two decades of great British comedies debuted, Four Weddings and a Funeral. The film began a generation of rom-coms by writer Richard Curtis, including Love Actually, Notting Hill, and About Time. Now, Curtis is passing the torch to a […]

Hitting 15 seasons is a landmark for any show. For a dark fantasy thriller that easily veers into over the top camp, it’s epic. In its 11th season, the CW’s Supernatural became the longest-running live-action fantasy series in the U.S. Fans of this beloved series are all-in for anything the creators throw at us, whether […]

The 1981 classic WWII film, Das Boot, is considered one of the greatest German films of all time, and was a landmark submarine movie, standing out from its contemporaries in the genre. The tense thriller, set largely inside a German U-boat, chronicles the dangerous and claustrophobic life at sea, as well as the sailors’ own […] 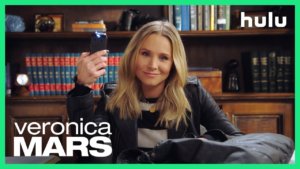 Here we go again, marshmallows. Our favorite teen detective is back. A little less teen and a little more grit, the cult series Veronica Mars returns this summer on Hulu with an all-new season 4. The stakes are raised as a serial bomber is taking out prime summer spots in the decadent, scandal-torn beachside town […]

Anglophiles come in all ages. While adults have their tea watching British detective shows or sci-fi, the younger fans find other sources for the U.K.’s dry, wry wit. One such notable place is “Peppa Pig,” the cartoon adventures of a girl pig and her family. Since her inception in 2004, Peppa and her animal friends […]