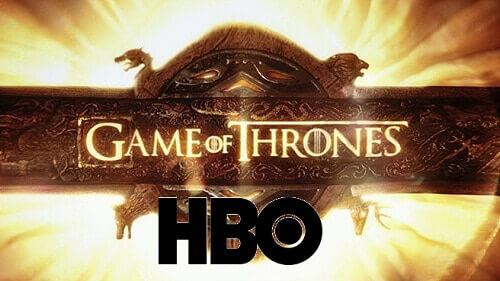 There hasn’t been much news regarding the HBO online service announced last month. With many hit shows starting up after the New Year, those without cable are eagerly awaiting details.

Well, Cord Cutting Fans of HBO smash hit “Game of Thrones” can rest easy this winter. Fortune has reported that HBO plans to launch its new standalone streaming service in April of 2015, just before the launch of the 5th season of “Game of Thrones”.


While this is news to be celebrated, there is still concern over HBO’s ability to handle streaming demand. We all remember HBO GO repeatedly crashing during the season 4 premiere of “Game of Thrones” last April.

HBO is aware of these concerns and has taken steps to mitigate the risk of that debacle occurring a second time. Much to the surprise of many industry insiders HBO has ended project “Maui”.

According to the memo obtained by Fortune, “Maui” was the code name for the in house project constructing HBO’s new streaming service for internet only customers.

Instead, the back end delivery mechanism for HBO’s streaming service will be outsourced to MLB Advanced. MLB advanced has not only developed a quality content streaming for Major League Baseball, but has also had successful partnerships with WWE Network, and Watch ESPN.

It’s unclear where HBO GO, HBO’s current subscriber online service, will end up. This shift in HBO’s strategy was reported just prior to the resignation of HBO’s Chief Technology Officer Otto Berkes.

Since coming aboard in 2012, Berkes has rapidly grown HBO’s engineering division during a period of broader company cutbacks. HBO GO is the major focus of this division.

While HBO’s future strategy is unclear, it certainly seems unnecessary to maintain a large engineering division while simultaneously outsourcing the companies most anticipated technology.

This is good news for cord cutters.  Outsourcing this new delivery channel will free up resources for HBO to do what it does best, namely produce outstanding TV content.  It’s also comforting that HBO is leaving this up to the experts, as opposed to doing it in house and potentially creating another “Game of Thrones” premiere disaster.

Other than the plans to release the new streaming service to non-cable TV subscribers in time for the season 5 premiere this coming  April, details remain sparse.  We currently don’t know the cost, or if the user interface will be through HBO Go or a new application.

April is rapidly approaching so details should emerge soon.  With this major news being leaked to the press, I would expect HBO to send a raven detailing their plans for the new direct streaming service in the coming weeks.

For more information on cutting the cord, check out my post on Cable TV Alternatives.