Anglophiles come in all ages. While adults have their tea watching British detective shows or sci-fi, the younger fans find other sources for the U.K.’s dry, wry wit. One such notable place is Peppa Pig, the cartoon adventures of a girl pig and her family. Since her inception in 2004, Peppa and her animal friends have been spreading their quirky British accent to living rooms all over the U.S. – so much so, in fact, that recently there were news stories saying that American preschoolers have begun speaking like her. Who can blame them, when there is such delightful absurdity to British humor that just doesn’t seem to appear in the states. Peppa and her family are pigs, but they act like humans. They talk and dress in proper fashion but also snort and oink. On top of it all, there’s just a smidge of that dry British sass to Peppa Pig.

Since 2004, the hit show has garnered millions, and spawned movies, merchandising, and even theme parks. The series is released in the U.S. through Nickelodeon and with more than 360 episodes produced, has already been renewed through 2027. The average episode length is just 5 minutes, so they are often grouped in blocks of 5 episodes for 25-minute broadcast blocks. This, combined with the different rollout schedules between the UK and US can make it confusing, though, with the official season count being 7, but most US streaming sites dividing it up between either 8 or 9 seasons (but not necessarily caught up to every episode that’s been produced yet). We’ve included here the best ways to get the most Peppa Pig possible, as well as where to look for new episodes when available.

For just a bit of Peppa, you can watch clips for free on the Nick Jr. app. However, this won’t get you more than an episode or two without a log-in. You can use your login credentials to any of the streaming services that carry Nick Jr. to watch it, including Philo or DIRECTV STREAM (see below).

On YouTube, meanwhile, you can find lots of Peppa Pig clips on the official channel. This may be enough to satisfy your mini-Anglophile. However, watch out for videos on YouTube that look like Peppa Pig but are actually edits made by fans – or worse, edits made for adults.

The most affordable way to watch Peppa Pig on Nick Jr. without cable is by subscribing to the streaming service Philo. For just $25 a month, you get over 60 channels, including Nick Jr., as well as the ability to record as many shows as you like and watch them for 30 days. Philo offers a seven-day free trial. Cancel within the trial period, and you will not be charged. If you continue your subscription, you can cancel at any time as there is no long-term contract.

You can also use your Philo credentials to sign on to Nick Jr. app and watch Nick Jr. shows on-demand, where there are 8 seasons of Peppa Pig available. For information, check out our review, which includes a list of all channels available on Philo. Philo supports the Apple iPhone and iPad (running iOS 9 or newer), Android phones and tablets (running 5.0 or newer), Fire TV, Apple TV, Roku, and Chromecast. See our review of Philo for details.

DIRECTV STREAM is another way you can watch Peppa Pig on Nick Jr. Channel packages with Nick Jr. start at $69.99 per month. A subscription to DIRECTV STREAM includes the following:

You can check out this streaming service through this online offer or read about it in our DIRECTV STREAM review.

Vidgo is a newer streaming service that offers fairly competitive pricing over other live streaming services. Vidgo includes Nick Jr. in its base Plus package, along with over 60 other channels. New customers can sign up for the Plus Plan for $59.95 per month. (They offer discounted promo pricing when signing up.) Vidgo doesn’t force you into a contract so you can cancel any time.

Vidgo is supported on available on Android, iOS, Roku, Apple TV, Fire TV. You can also stream the service on up to three devices at the same time. We have the full details in our guide to Vidgo’s live streaming service.

FuboTV is an excellent place to go for sports, but it offers many other more general channels as well. FuboTV provides Nick Jr., along with 70+ other channels on its basic package for $69.99.

You can sign up for a 1-week free trial or check out our review of FuboTV for more details.

YouTube TV also offers live Nick Jr., as well as limitless storage space for recording your shows. Your library of recorded shows can be streamed anywhere. In addition to Nick Jr., and numerous other channels, YouTube TV includes a Personal Cloud DVR and YouTube Red original series. All this costs subscribers just $64.99 per month for six accounts.

Check our review of YouTube TV for all the information on this service. YouTube TV offers a 1-week free trial.

Peppa Pig is on Sling TV 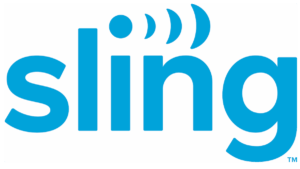 If you are interested in Peppa Pig on Nick Jr., a more price-conscious alternative is Sling TV. Nick Jr. is in its “Blue” or “Orange” package, which is $35 a month. Sling TV provides a live stream of Nick Jr. so you are able to watch exactly what would be airing on Nick Jr. just as if you had cable.  It includes a Cloud DVR program, so you can record shows for later.

Sling TV is available on Roku, Amazon Fire TV, Chromecast and more, so it’s not a problem to enjoy History on a TV, tablet, computer, or other smart devices.  There are more channels available on Sling TV than what I’ve mentioned here. To find out more about what Sling TV has to offer, and more information about Sling TV device compatibility, check out this detailed review of Sling TV.

Noggin, formerly a preschool-centered channel formed as a partnership between Nickelodeon and Sesame Workshop was relaunched as a streaming service in 2015. It allows access to dozens of the most popular preschool programming in one place, without subscribing to additional channels and programming you don’t want. It runs $7.99 a month, and has a 7-day free trial. Including having Peppa Pig, you can find Blues Clues, Paw Patrol, and many more. Just check out all the shows available on their website or read our review of Noggin.

If you know your kid just can’t get enough of the same episodes over and over, you might want to invest in purchasing the seasons or episodes. Peppa is available on a variety of platforms.

However, watch out for what each platform packages into an “episode.” Each may include only two stories (each story is five minutes of content). Itunes, for instance, has two stories per episode, Vudu has three, and Google Play and YouTube have four – all for the same price.

What were we saying about the British humor. Well, the show has sass. Her dad can give a good bit of side-eye, for instance. And while Peppa carries on family chit-chat and has the pedestrian adventures of a preschooler, she also lays down some sick burns. Daddy pig’s extra pounds, for instance, are a constant supply of jokes, and when Peppa’s grandfather tells her that the attic is where they keep old things, she asks him, “like you, Grandpa Pig?” With that sort of the wide-eyed honesty that parents know all too well, characters get jibes all the time. It’s just a bit brutal, but hey, so is life. Life with little kids is always a juxtaposition of the sweet with the startlingly savage.

Pigs are somehow natural vehicles for such human stories. In real life our porcine friends are portly and humble, with cute little tails and voracious appetites. Who among us does not identify with that, if only a bit? We too are cute but a bit gross, able to practice poise but never dignified enough.

Perhaps that’s why we love both Peppa and Olivia, another British cartoon girl pig with a precocious attitude. And who better to showcase their irony than the British? It’s a great start to a road that could eventually lead to Monty Python.

As such, parents raising budding little Anglophiles might just want Peppa to come and give their kids an education in both throwing shade and in consonant enunciation. There are currently six seasons (or “series” in the UK) of Peppa, each made up of six episodes. Every episode includes five 5-minute stories.

Fortunately, you don’t need cable to be able to catch up on them.