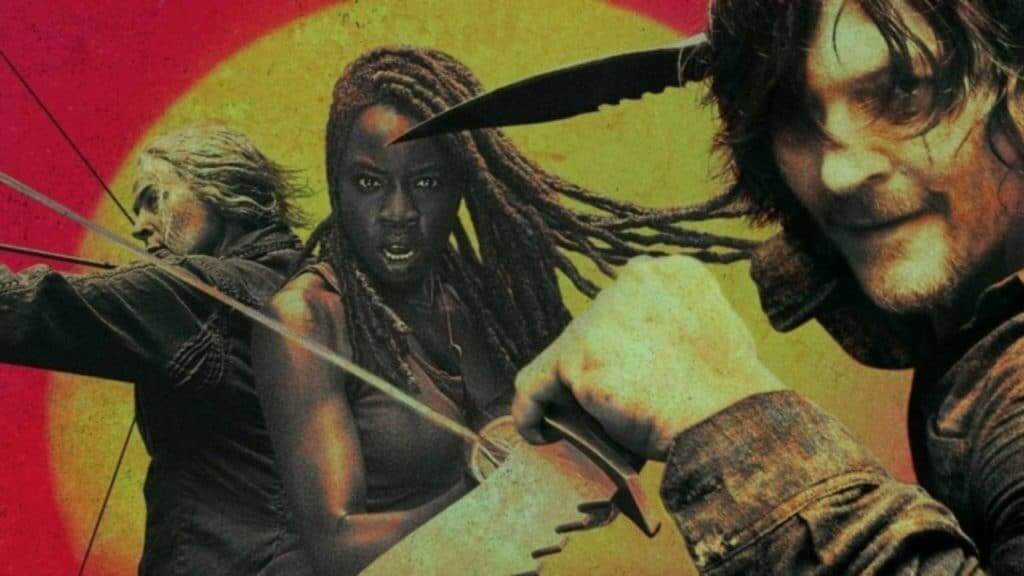 I love “The Walking Dead.”  I’ve read the comics (which just wrapped up this year) and watched every episode of the hit TV show. I even make imaginary judgment calls by inserting the backdrop of a zombie apocalypse into a given situation. By the way, always pick the bicycle as your mode of transportation when the biters rise.

It doesn’t need gas. Furthermore, it’s a way to stay in shape, and easily carried over and around obstacles. Of course, the bike only works when talking about real shambling zombies. Movies, similar to “28 Days Later”, where getting “infected” turns a person into a zombie Usain Bolt require a much different tact.

Now my friends know not to engage me in a conversation about zombies, lest they lose an entire afternoon discussing our strategy for the first 2 hours of a zombie outbreak. However, my friends know my love for the genre, and can’t stop themselves from asking how I live without cable during seasons of “The Walking Dead.”

When Does The Walking Dead Return

The Walking Dead mid-season break is over. Season 10, Episode 9 will air on February 23rd, 2020 at 9 pm ET on AMC, and we will likely see the war with The Whispers intensify. Below are the channels and services where you can watch The Walking Dead.

Where to Watch ‘The Walking Dead’

The postponed season 10 finale finally airs Sunday, October 4th at 9 pm eastern time on AMC. However,  season 11 won’t arrive until late 2021 . We have a guide on how to watch AMC without cable. The streaming services listed below are from that article. Each one of them will allow you to watch The Walking Dead online live on AMC.

The Walking Dead On Philo

Philo is one of the newer streaming services to enter the market, and it’s also one of the cheapest. The service aims at providing value by carrying entertaining channels without expensive sports programming. One of those channels is AMC. At $20 per month, it is now the most affordable way to watch The Walking Dead without Cable. You can sign up for their free trial or read more about them in our review of Philo.

Philo is currently supported on Mac and PC on a web browser, Apple iPhone and iPad, Android phones and tablets (running 5.0 or newer), Fire TV, Apple TV, and Roku. You can also stream Philo to your TV with Chromecast.

This service is currently the cheapest way to watch Walking Dead without cable. Once you have a subscription to Philo, you can watch through the Philo app or use your login information to use the AMC app.

The Walking Dead on Sling TV

That’s a great value considering that those are the most-watched cable TV networks. There is no contract required, and you get a free trial.

The best part is having access to all of AMC’s programming so you can catch “Talking Dead” with Chris Hardwick after The Walking Dead premiere. It’s just like having AMC through cable, but without all the hassle and expense of cable TV. You get to watch the show live with everyone else.

Buy The Latest Season of The Walking Dead Online

Shows can be purchased the day after airing from iTunes or Amazon for just $1.99 per episode for standard definition. It’s $2.99 to buy the episode in HD. They even offer to purchase the entire season of a TV show for $40 in HD ($30 in SD)

For those interested in watching season 10 of “The Walking Dead”, a season pass or individual episodes can be purchased through my affiliate link below. Once purchased, you can watch on a device or television by simply logging into the Amazon App with the same account used to purchase the show. For more information on streaming cable TV shows, check out my guide on watching TV without cable.

Typically, when I say this, people balk at paying. However, they’re forgetting that I’m not paying $150 per month for a triple play package. That allows me to craft my TV experience by supplementing my $10 a month Netflix subscription with hit cable TV shows airing right now.

For instance, let’s assume 5 shows we watch per year aren’t available on Netflix. Remember, these are cable TV shows. Anything on broadcast networks can be viewed on TV in HD by using an antenna.

Season passes to these 5 shows will cost $150 dollars. Break that down over 12 months, and the cost is only $12.50 a month for the added content. Furthermore, these aren’t rentals. We are purchasing the content, allowing episodes to be watched whenever one pleases.

People that buy their favorite shows on Blu-Ray can factor this in as an additional cost-saving. Plus, the content’s available the day after episode airs, which means not waiting a year for the Blu-Ray release.

Adding the Netflix subscription and my antenna brings the cost of all my TV content to $22.50. I’d consider that an unbeatable value. A person can essentially build their entire TV viewing solution for the cost of an HBO subscription.

Ways to Watch AMC Without Cable

Where to Watch Past Seasons of The Walking Dead

There are a few services that air past seasons of The Walking Dead Online if you want to binge-watch this amazing show.

The Walking Dead on Netflix

Seasons 1-9 are available for streaming through Netflix. If you are just getting into the show, this is a great way to catch up. It’s also a good way for fans to get a refresher of what happened last season. If you aren’t a Netflix subscriber, you can always purchase past seasons through the Amazon, iTunes, Xbox Live, and Google Play.

Purchase Past Seasons of the Walking Dead

Watch Season 1 of ‘The Walking Dead’

Watch Season 2 of ‘The Walking Dead’

Watch Season 3 of ‘The Walking Dead’

Watch Season 4 of ‘The Walking Dead’

Watch Season 5 of ‘The Walking Dead’

Watch Season 6 of ‘The Walking Dead’

Watch Season 7 of ‘The Walking Dead’

Watch Season 8 of ‘The Walking Dead’

Watch Season 9 of ‘The Walking Dead’

Is The Walking Dead On Hulu?