Home » TV » Streaming » TV Streaming Services » CBS All Access Review: Is it Worth the Cost?

In this article, I want to review all the features available on CBS All Access, cover the shows you can watch, and see if this CBS online streaming service is worth your money.

CBS All Access is a very affordable solution for those missing CBS shows. CBS All Access costs $5.99 a month, and there is no contract so you can cancel anytime. They offer a 1-week free trial, so that you can try the service with no risk. There is also a commercial-free option for $9.99 per month. It eliminates commercials for on-demand viewing, but live streaming of local CBS affiliates will have ads.

Considering Hulu costs $5.99 a month, you can grab CBS All Access and have a network TV on demand DVR solution for under $12 a month. Be aware that it will only give you access to prime time network shows. If you want to watch live events, it makes sense to look at purchasing a proper OTA DVR or look at our article on how to stream local channels. Of course, if you are in one of the live markets, you can watch live events through CBS All Access. I’ll put a list of those markets in this article.

Watch current seasons of hit CBS Shows: There is no need to have a cable TV subscription to catch your favorite CBS shows. CBS All Access can stream the latest episode of current seasons to your living room TV one day after airing.

You can watch the latest season of shows like Big Brother, NCIS, Evil, FBI and more.

Stream Classic Shows: CBS owns the rights to more shows than you would think. If you are feeling nostalgic, CBS All Access allows you to stream classics like Twin Peaks, Cheers, I Love Lucy, Wings, Taxi, and much more. Many of the classic shows are ad-free.

CBS All Access also enables you to watch every episode of Star Trek ever made. At $5.99 per month, it’s an excellent deal for Trekkies. You can pick the service up for a month, binge on Trek, then dump it until you get another craving.

Also, CBS all access is going to carry some exclusive and original content. In September 2017,  Star Trek Discovery premiered. Season 3 will launch sometime in early 2020. You can only catch these originals on CBS All Access

Overall, CBS All Access on-demand has cut down several ads when compared to watching CBS on cable or satellite TV. However, if you want to be commercial-free (aside from live CBS), then you will need to subscribe to the $9.99 a month commercial-free package.

CBS Live Streaming: In select markets, CBS All Access provides a live CBS stream. Currently, CBS All Access offers live content to over 200 markets. Furthermore, CBS is looking to grow that number. As I stated earlier, a list of those markets is available in this article.

As you can see, there are numerous ways to watch a ton of shows. In all, CBS All Access provides access to over 7500 episodes of TV shows.

CBS All Access Live streaming isn’t required to take advantage of the live feeds. Big Brother Live Feeds are available to all CBS All Access Subscribers. 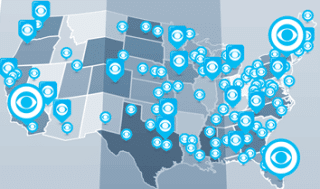 Below are answers to questions I often receive about CBS All Access live streaming:

Is Live Streaming of Sports Available?

CBS All Access does offer some sports live in markets where live streaming is available. For example, NFL games airing on CBS will be available if CBS All Access carries your local CBS affiliate live.

However, due to licensing restrictions, some sporting events may not be available. For those interested, I’ve written a more in-depth article on How to Watch Sports Without Cable.

CBS All Access does provide live coverage of special events in live streaming markets. For example. The Grammys will air on CBS on January 26th, 2020. You can watch the Grammys through CBS ALL Acess.

The biggest downside to CBS all access was the commercials. While there are less than on regular broadcast CBS, it’s difficult to reconcile watching commercials when you are already paying money for a streaming service. However, CBS realized this and now offers a commercial-free package for $9.99 per month. That still may be a bit too pricey for some.

The other issue many have is more of an observation than a complaint. Current seasons of CBS shows available on CBS All Access are also available online if you wait a few days. However, you can only view it on CBS or your computer browser. Subscribing to CBS All Access cuts the delay down to one day and makes the content available to watch on your television through a streaming device or smart TV. Unless, of course, you are in a live market. Then, you can watch it the day it airs.

That said, subscribing to CBS All Access does provide exclusive content and an extensive on-demand library that isn’t available to non-subscribers.

Is the Cost of CBS All Access Worth The Benefit?

CBS.com airs episodes of current shows, but you can only watch on your browser. You can also wait out a 5-day delay for new shows to air on your mobile device. But if you can’t wait, or want to stream to your television with a Roku or other streaming device, then you may want to consider picking up the service.

Furthermore, if you lack a TV antenna and live in one of the live markets, then CBS All Access may be just what you need. If you couple it with Hulu, you have a DVR-like solution for most of what airs on FOX, CBS, ABC, and NBC.

This service fills a need for those looking for content in the CBS vault. Fans of shows like Big Brother and all 5 Star Trek series should have no problem realizing the value of CBS All Access.

CBS All Access is worth the money for those looking for a way to get next-day CBS Prime Time shows and don’t have an antenna. It’s also worth it for those looking for the archive of CBS content on demand. If that doesn’t sound like you, then you may be disappointed. However, there is a free trial for everyone that signs up, so there isn’t any risk in giving it a try. Considering CBS All Access as a whole, I would give it 3.5 out of 5 stars.

Sling TV currently has two offers. You can either get your first month of Sling TV for just $20 or you can sign up for two month of Sling and receive a Free Amazon Fire TV Stick